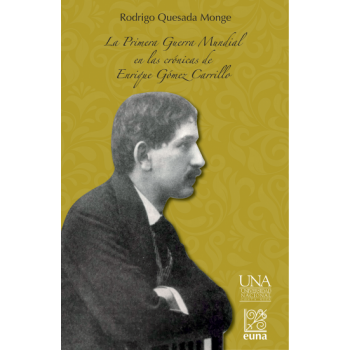 The First World War in the chronicles of Enrique Gómez Carrillo

Enrique Gómez Carrillo was one of the great chroniclers of the First World War. Little is known in historiography about the role played by Latin America and the Caribbean in the context of the First World War. Gómez Carrillo was a reporter, chronicler, writer and one of the cosmopolitan men in all cultural affairs of the French Belle Époque at the end of the 19th century. The renowned historian Rodrigo Quesada Monge brings this erudite work on a character little known and, however, of great cultural weight and particularly in the chronicle during the war event. It has been with the commemoration of the anniversary of the start of the Great War that Gómez Carrillo's work is being rediscovered and put back into circulation, mainly in Europe. The careful academic research work of Prof. Quesada, published with the EUNA seal, contributes to this rediscovery.