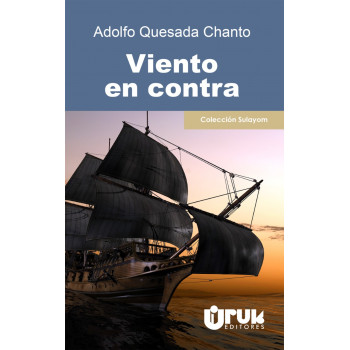 With the wind against

Sir Francis Drake, the famous English privateer, sailed in the southern waters of present-day Costa Rica during his voyage of circumnavigation of the planet. The author handles two parallel stories, that of the corsair and that of the indigenous shaman Guasari, who at one point intersect on Caño Island. Guasari, an indigenous woman from the South of Costa Rica, was chosen as a child to become a shaman. During her adulthood she mastered her abilities in healing so well that she was selected as Awá from the Island of the Thousand Springs (Isla del Caño). Francis Drake starts out in the slave trade, which he steals in Africa and sells in America. Queen Elizabeth of England grants him a corsair license, thus managing to circumnavigate the globe. After their meeting in Isla del Caño, their lives continue, but by totally unexpected directions and fortunes.