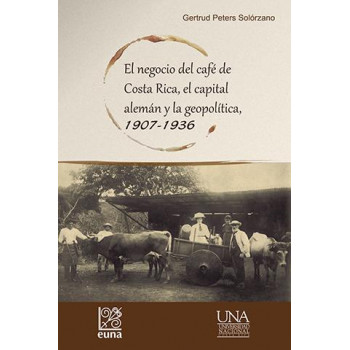 This work analyzes the history of coffee in Costa Rica and its links with geopolitics, to reconstruct the development of German capital in the country, from the early twentieth century to the years preceding the Second World War. It answers a series of significant questions about the role that German businessmen played in Costa Rican coffee growing and their interaction with the national and international environment: How to explain the growth of their businesses despite the cancellation of German-owned coffee exports during World War I and the implications of the 1930 crisis? How did these coffee growers start their businesses again? How did you take advantage of the advantages of Costa Rican coffee due to its quality and good name in Europe to formulate competitiveness strategies in the international market? What role did geopolitics play as the background scenario in the Costa Rica-Germany coffee business?

Economic history of Costa Rica in the 20th century. Trade and markets in Costa Rica
₡18,000.00