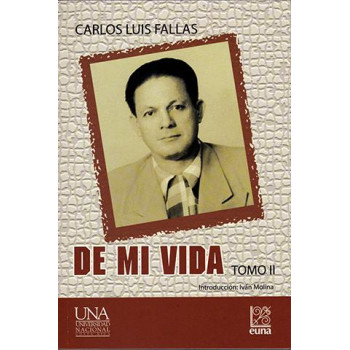 OF MY LIFE (Volume I and Volume II)

This volume offers the reader two unpublished works and a little-known one by the prestigious Costa Rican writer, political and union leader, Carlos Luis Fallas. “Rojo y verde”: an extraordinary chronicle of the efforts to organize the section of the Communist Party of Costa Rica, in the city of Limón in the early 1930s; of the work of the councilors elected by that organization before the Municipality of San José in 1932; and the conditions that led to the confrontation between the unemployed and the police that occurred on May 22, 1933. "A month in Red China": a chronicle of the journey he made through various regions of that Asian country in 1956. The last two texts share the optimism of assisting in the construction of the socialist utopia.