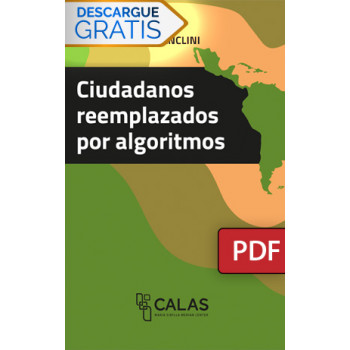 Who cares about citizens? Since the expansion of video politics, television channels complaints and criticism of the rulers, making the public a scene for viewers. Furthermore, the Internet and social networks subject us to algorithms that organize our data and behavior. We are hyperinformed, but electronic corporations know more than we do and about the rulers we elect.

Social movements win sectoral battles over human rights, to verify information and defend privacy, but we do little against political and market authoritarianism. Electronic capitalism weakens democratic forms of representation: institutions are being displaced by applications.

By adopting the citizens' point of view, García Canclini relocates the theories and debates about cyberculture and biotechnological determinism in social decomposition, the failures of democracies and the search for civilizing alternatives. Discuss whether a different vision of artificial intelligence from the south is possible, or at least organize the questions in another way: how to redistribute power and rethink the conflicts between the emancipatory role of networks and the submission of hypervigilance.