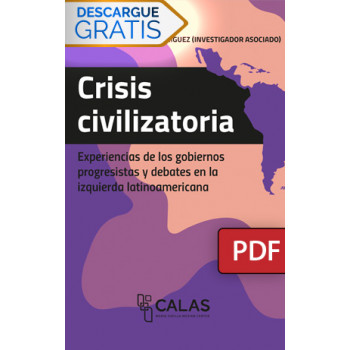 In the context of the profound civilization crisis that humanity is experiencing, there is also a severe crisis of the left in different parts of the world. The alternative proposals that were represented by the so-called progressive governments in Latin America, in essence, failed in terms of the objectives that their leaders raised. The inability of the “official” left to self-critically reflect on these experiences has plunged it into a crisis, so that its viability is questioned as an alternative to the predominant capitalist model.