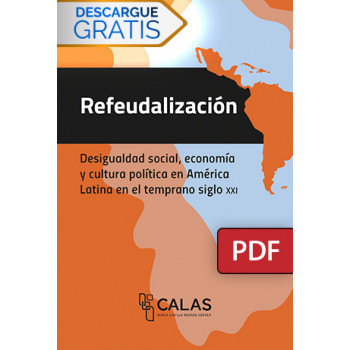 In contemporary societies we see a state of social inequality as in the old regime: the accumulation of wealth in 1% of the population, multimillionaires as presidents, the increase in luxury consumption, the emergence of a culture of distinction, as well as the concentration of the earth and the spatial segregation.

To understand these phenomena in a coherent interpretative framework, this essay proposes the hypothesis that in the early 21st century we experienced a new combination of refeudalization at the global level, but with specific regional features. In Latin America, this concept is particularly useful for understanding the return of the right to power after a period of leftist governments.